The Partnership pattern describes a close relationship where two development teams are interdependent. For some reason they can only succeed or fail together. New developments and releases must be coordinated between the teams. However, this requires a lot of coordination and communication between the teams and in some situations it might be beneficial to suspend such a partnership in order to increase team autonomy.

The output of this AR depends on the selected mode:

The following model contains a Partnership relationship. Therefore the AR is available with a right-click on the relationship (arrow): 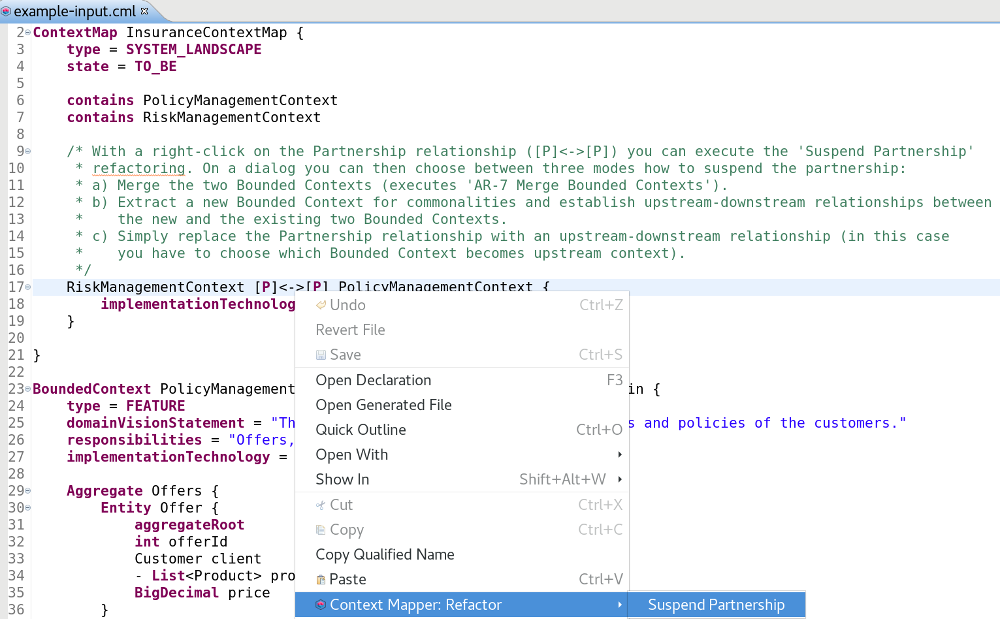 The result of applying this AR depends on the selected strategy to suspend the relationship. The following dialog asks the user which strategy shall be applied: 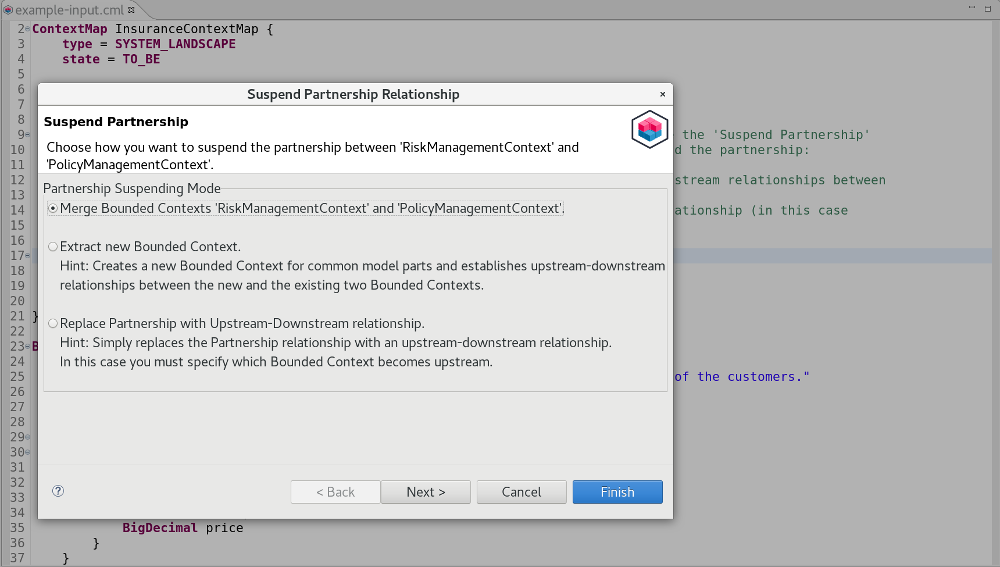 If you choose to merge the two Bounded Contexts, a second page in the wizard allows you to specify whether the attributes which cannot be merged shall be taken from the second Bounded Context or not (see AR-7: Merge Bounded Contexts for details): 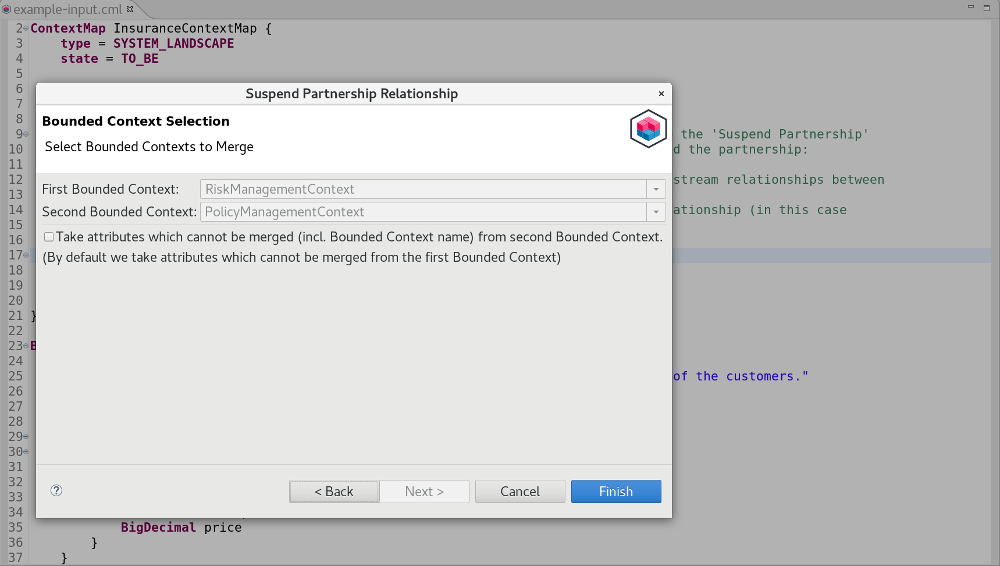 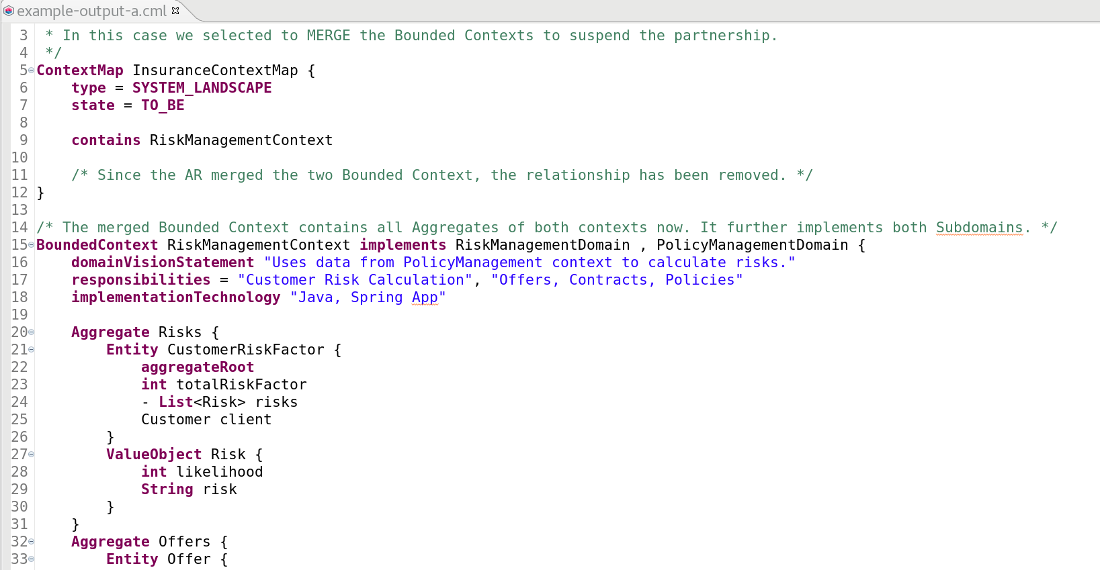 If the user chooses to extract a new Bounded Context, the result will contain the new context for commonalities and two additional upstream-downstream relationships between the new and the existing Bounded Contexts:

Result for “Simply replace the Partnership with an upstream-downstream relationship”

The last strategy removes the existing Partnership relationship from the model and replaces it with a new upstream-downstream relationship. In this case, the user has to select which Bounded Context becomes the upstream: 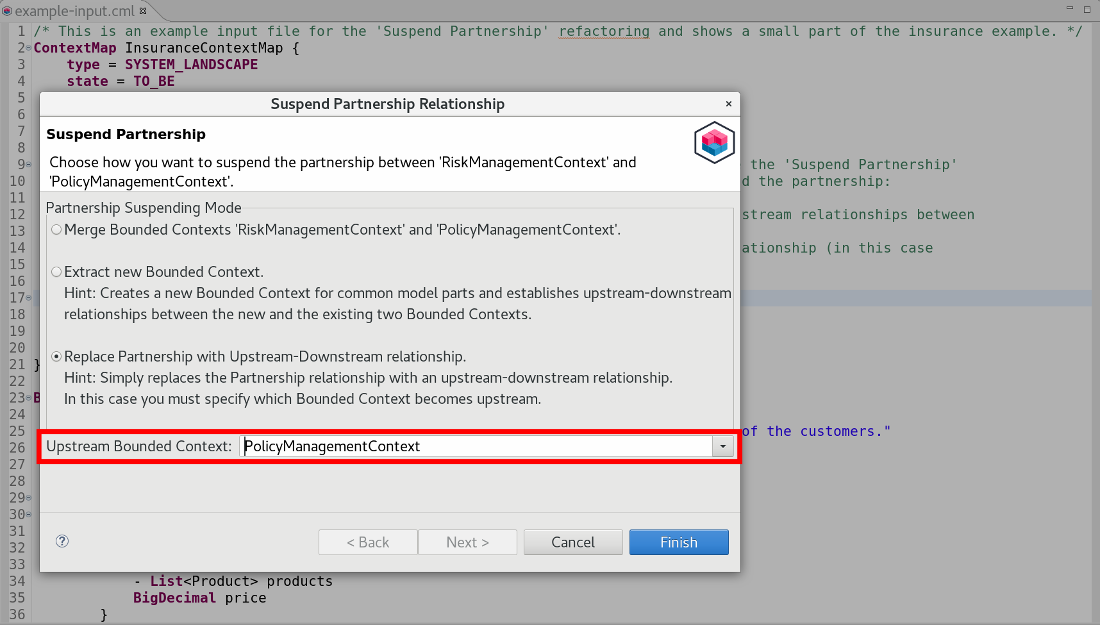 With the selection above, the AR produces the following result: