Known limitation: Unfortunately, this AR does not work in VS Code and online in case the removed Bounded Context is referenced in a Context Map. This is due to a bug in the Xtext framework. 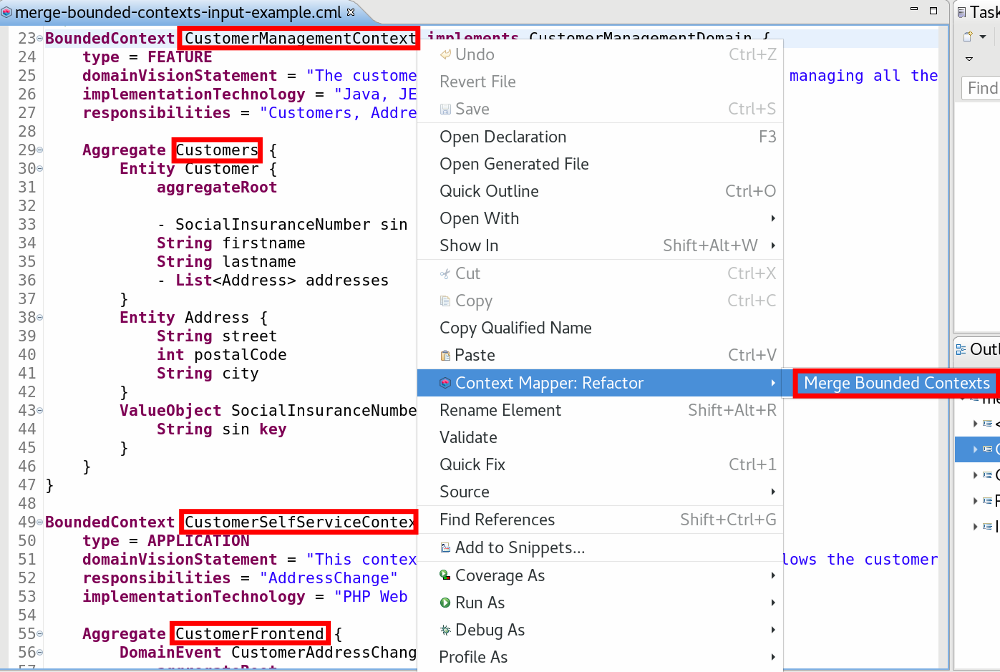 After triggering this refactoring, a dialog pops up on which you can choose with which other bounded context you want to merge: 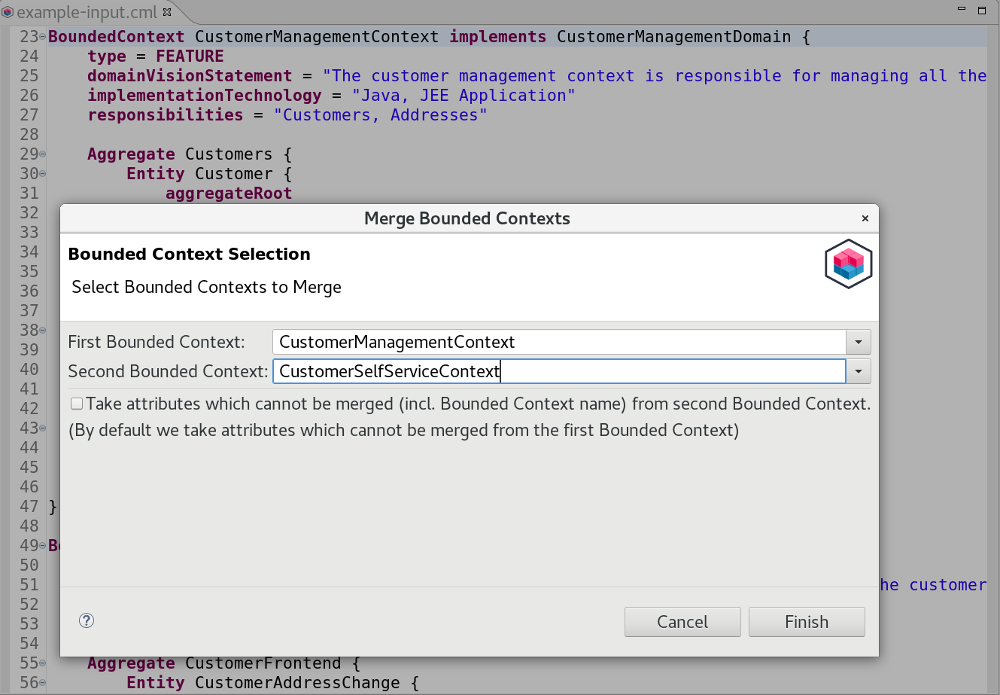