Hint: An aggregate in CML can belong to one owner/team (therefore the singular owner in the AR name).

In Context Mapper you can assign an aggregate the owning team. Consult our aggregate documentation page to see how this can be modeled in CML. 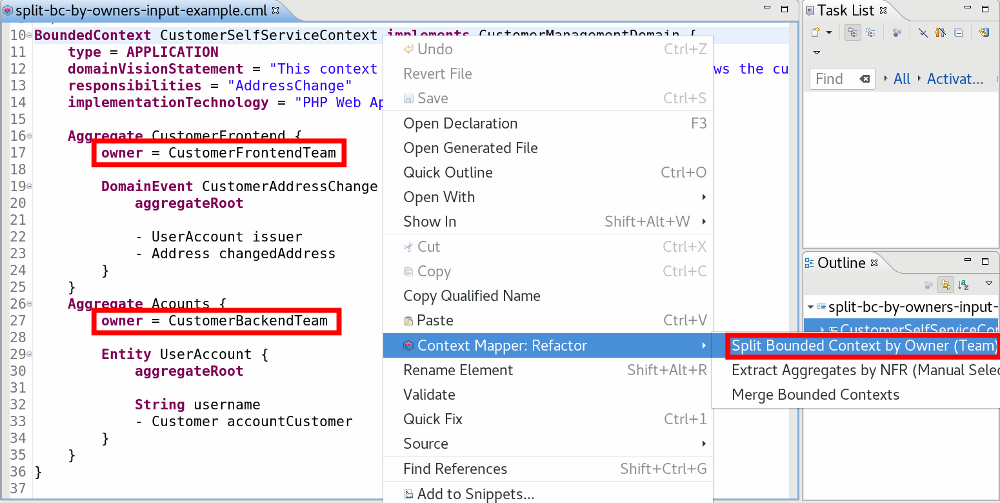 The resulting model contains two bounded context, one for each team: 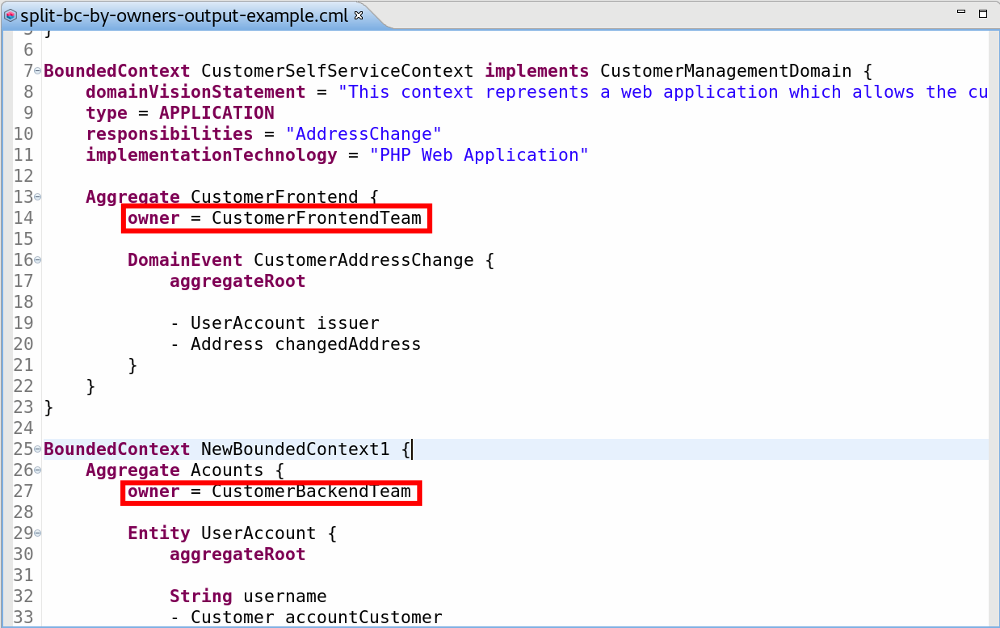