The Shared Kernel pattern describes a close relationship between two Bounded Contexts which share a certain part of their domain models. The pattern is typically implemented as a shared library which is maintained by both teams. However, both teams depend on that shared code and each team has to deal with changes of the other one. If such a shared library gets very big and difficult to maintain it may be better to create a separate Bounded Context for it. A dedicated team may maintain the model within this new Bounded Context.

The following model contains a Shared Kernel relationship. Therefore the AR is available with a right-click on the relationship (arrow): 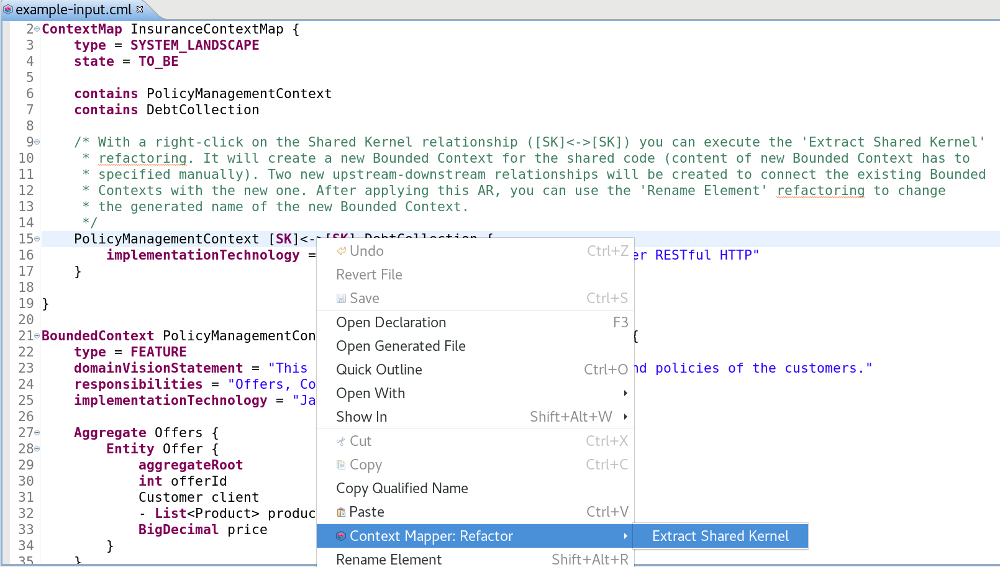 The resulting model contains an additional Bounded Context for the Shared Kernel (shared model parts) and two new upstream-downstream relationships between the new and the existing Bounded Contexts: