Extracts all aggregates from a bounded context by a given volatility, or likelihood for change (RARELY, NORMAL or OFTEN), and moves them to a separate context.

In the Context Mapper DSL you can specify how often an aggregate changes with the likelihoodForChange attribute. See our page aggregate documentation page for more details.

After triggering this refactoring, a dialog pops up on which you can choose by which volatility value you want to extract: 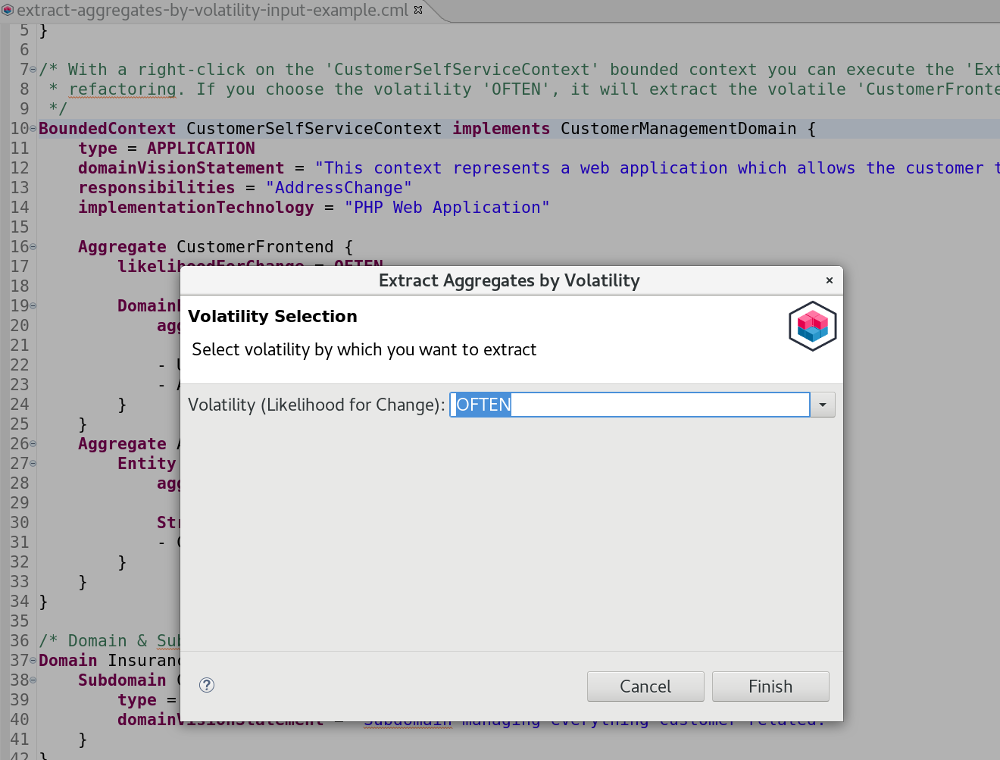 Note that you can only select volatility values which at least occur once in your Bounded Context. The selection of a value which does not occur would not extract anything.

The resulting model contains a new bounded context with the aggregate which is likely to change (OFTEN):