Splits an aggregate which contains multiple entities and produces one aggregate per entity.

On the level of entities we typically try to group attributes or nanoentities in the terminology of ServiceCutter together, which belong to the same identity and share a common lifecycle. Thereby we aim to reduce the coupling between the entities and increase the cohesion within the entities.

The same approach can be applied on the aggregate level. The aggregates within one bounded context shall be structured in a way which reduces coupling between the aggregates and increases the cohesion within them.

As your bounded context develops you may face the problem that an aggregate contains entities which exhibit an unsatisfying cohesiveness. In such a case you may want to split your aggregate into multiple aggregates in order to improve coupling and cohesion.

This Architectural Refactoring (AR) splits an aggregate and creates one aggregate for each entity. This AR can be applied when the entities within an aggregate exhibit unsatisfying cohesiveness and you decide to create multiple aggregates for the single entities.

In this example we have an aggregate containing two entities. The AR is available on the aggregate: 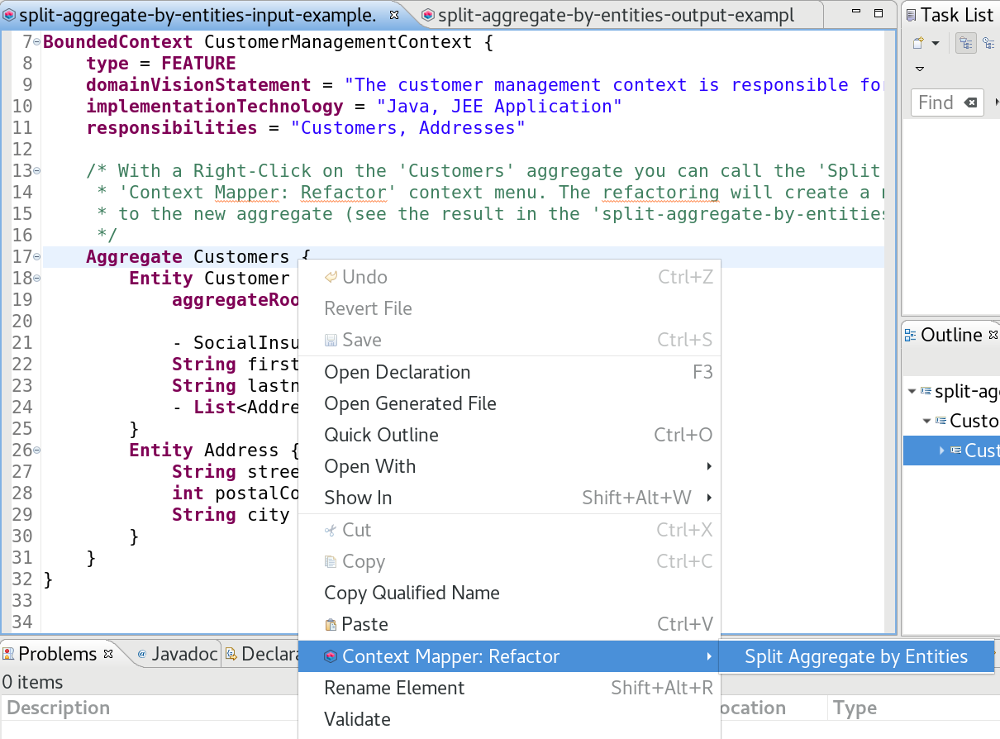 The resulting bounded context contains two aggregates, one for each entity: 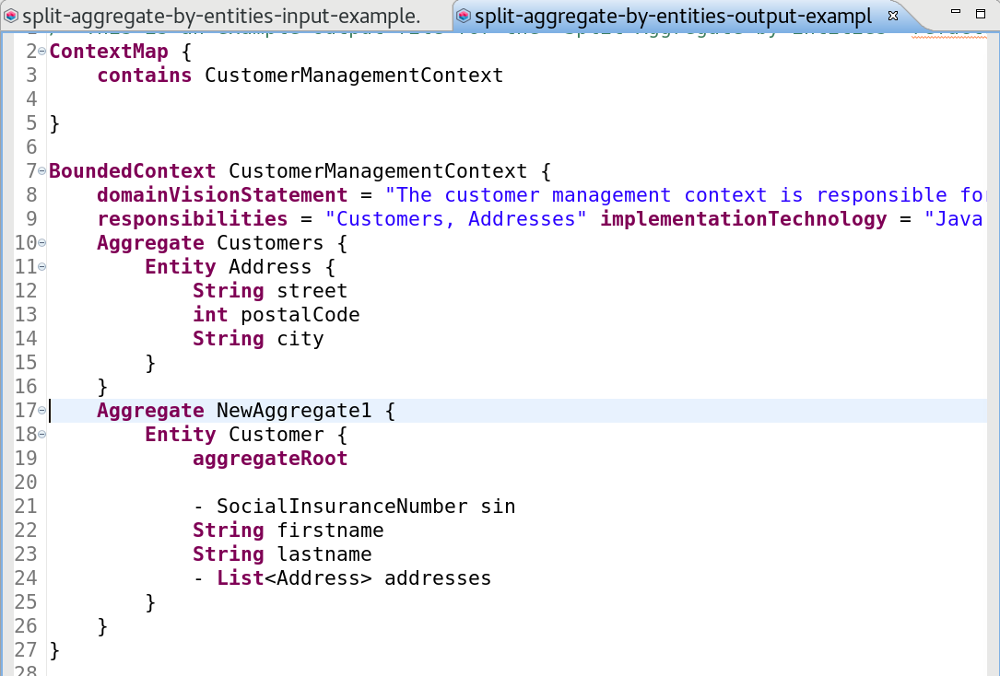