As always, if you have any issues or other feedback, please let us know.

We enhanced the graphical Context Map generator so that users can illustrate the relations between development teams and the systems or components they work on. You can find an exemplary CML file modeling such a team map here.

The generator visualizes such a team map as follows:

The generator UI in Eclipse and the extension settings in VS Code further allow you to influence the layout so that teams and system contexts are clustered:

The class diagram generator respects undefined base types now (inheritance). The generator already respected inheritance when it was given as a reference:

However, now it also respects a base type that is only given as a name (no reference) as follows:

The generator always illustrates the base type now:

In addition to this fix, we also make use of the relation type aggregation. In case you have a reference list, shown in the CML example here:

… we generate an aggregation now: 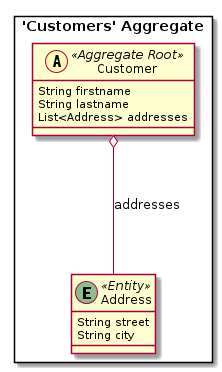 Hint: In some indiviual cases this might not be correct and you may prefer the simple arrow we generated earlier. In this case, you can just replace the o-- with a --> in the generated *.puml file.

From now on, you can just use the quick fix Context Mapper suggests:

… and Context Mapper creates the Bounded Context for you: 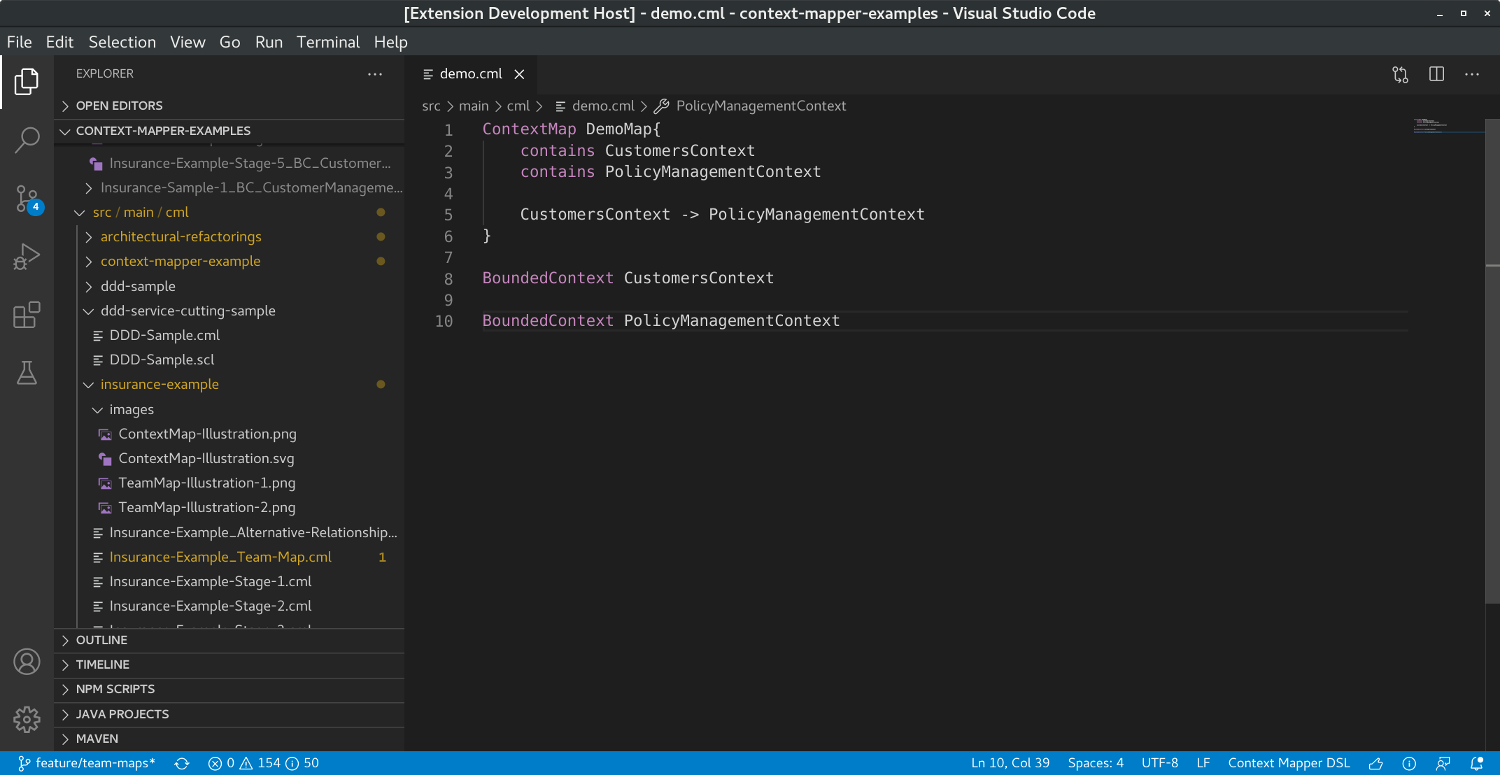 Thats it for this new release of Context Mapper. As always, if you have any issues or other feedback, please let us know.